Make Sure You Stop At the Shipwreck Museum 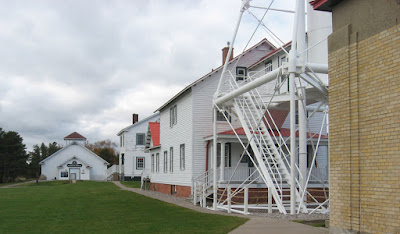 In 2010 a friend said, “Make sure you stop at the Shipwreck Museum when you go to the UP!”  I thought, “a Shipwreck Museum, seriously?”  I grew up in northeastern Indiana among corn fields and Aberdeen Angus.  The UP was a long trip and although, I do love Lake Superior, a shipwreck museum struck me as a bit morbid.  Why would I be interested in a shipwreck museum?  Two reasons: the scenery is out of this world and the respect and dignity shown to the story of the missing and the lost of Great Lakes Shipwrecks is awe inspiring. She was right, and I don’t tell her that very often.  The Shipwreck Museum is a must see when you go the UP.

Located just 9 miles north of the blinking light in Paradise, Michigan, the Great Lakes Shipwreck Museum, ranked by Destination Travel Magazine in September 2014, as one of the top 10 maritime Museums in the world is an outstanding destination. You will be amazed at the location and the facility.   At Whitefish Point, a land structure on Lake Superior’s south eastern shore directing ships to the entrance of Whitefish Bay, the complex includes a number of historically significant buildings. 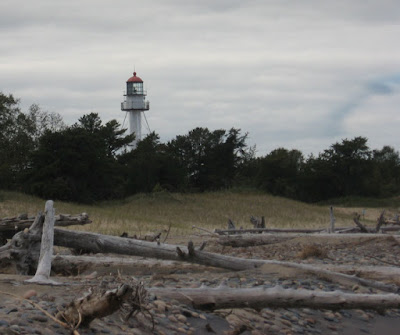 Towering above the complex is the Whitefish Point Light Station, established by the US Congress in 1849.  To date, this light station continues to offer a life-saving beam to mariners serving as the longest operating light station on Lake Superior.  At the base of the tower you’ll find a restored 1861 Lightkeepers Quarters, 1861 Oil House, 1910 Alcohol House, 1923 Lookout Tower, 1923 Surfboat House, 1923 Crews Quarters Building, and 1937 Fog Signal Building.  The Great Lakes Shipwreck Historical Society is currently restoring the 1861 Light Tower and a 1929 U. S. Navy Radio Station Living Quarters Building.  Dedicated to the preservation and interpretation of Great Lakes maritime history, the Great Lakes Shipwreck Historical Society hales the attention of sailors, educators, historians, divers, archeologists, and museum visitors from around the world.  Open from May 1 to October 31, daily from 10 AM to 6 PM. 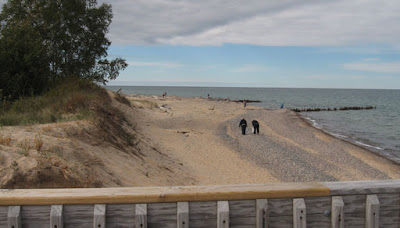 Whitefish Point is located along a North American migratory flyway, making it a premier site for observing migrating raptors, water birds, and songbirds.  The path to the hawk count platform is to the left of the path to the museum gift shop’s public restrooms. This platform offers a fabulous view of Lake Superior and the Whitefish Point Light Station to your north. Standing east of the museum is the Whitefish Point Bird Observatory’s Owl Roost a quaint little gift shop and stumping grounds of WPBO members, dedicated to researching and documenting bird migrations.

An 80-Mile stretch of shoreline from the area of the Pictured Rocks National Lakeshore to Whitefish Point is known as Lake Superior’s Shipwreck Coast.  The Shipwreck Museum’s website, www.ShipwreckMuseum.com, reports 200 of the 550 known shipwrecks in that region are located near Whitefish Point.  The most well known loss is the steamship, Edmund Fitzgerald. All 29 crew members were lost when the big ship sank and they are forever memorialized with the ship’s bell holding a place of honor within the museum.

Great Lakes freighters pass by the point regularly carrying cargo up bound or downbound to the St. Mary’s River and then the Soo Locks.  These transport ships have the potential of traversing the St. Lawrence Seaway, reaching any destination in the world.  The Soo Locks have been serving schooners and transport vessels for over 160 years.  Maneuvering a 21 foot drop from Lake Superior’s lake levels to Lake Huron is only possible based on the locks. 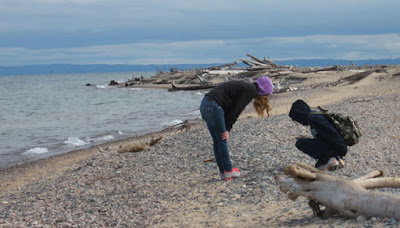 The Shipwreck Museum offers insight into the history of the vessels maneuvering the Great Lakes while uncovering the mysteries of the deep for those ships that failed to make their destinations.  Witness the stories of the lost and catch a glimpse of the freighters that continue to pass the point. Stroll the shoreline looking for a unique agate or capture an image of a Spruce Grouse.   Experience the Point, Whitefish Point.
Posted by UP Traveler at 12:40 PM